Pierce County is updating its paper Bike Map for the first time since 2016. It should be printed by Spring. We are looking for volunteers to review and comment on the suggested routes that are shown on the map. If you are interested, please email me at This email address is being protected from spambots. You need JavaScript enabled to view it. and I will provide you with updated review maps and instructions. Thank you to those who have already commented including Bob Myrick, Theresa Turpin, Marlene Druker, Liz Kaster and staff of many cities!

The solution to fight pollution! 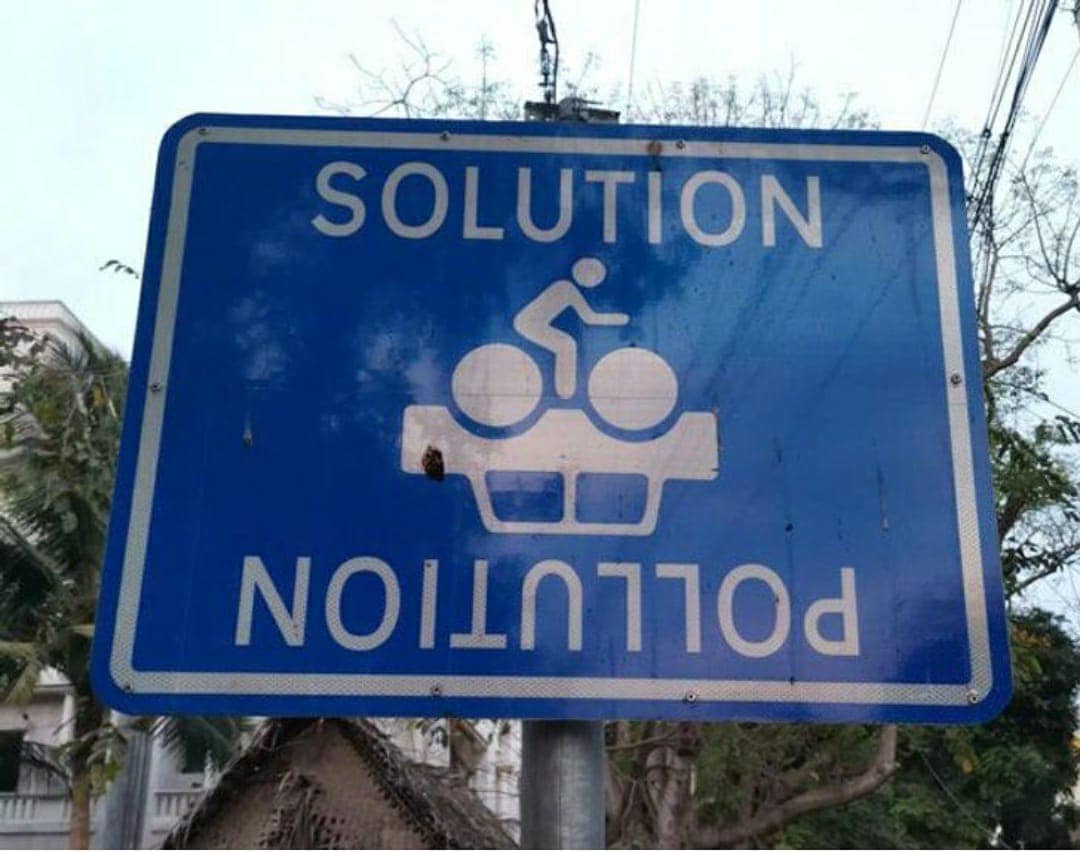 Here's the vision of connecting Water Flume Trail to a new Flett Creek Trail and to a Leach Creek Trail allowing a Bike Walk to Scott Pierson Trail. If you live in Lakewood or University Place advocate. This photo is from 2017 Forevergreen Trails Coalition Conference. 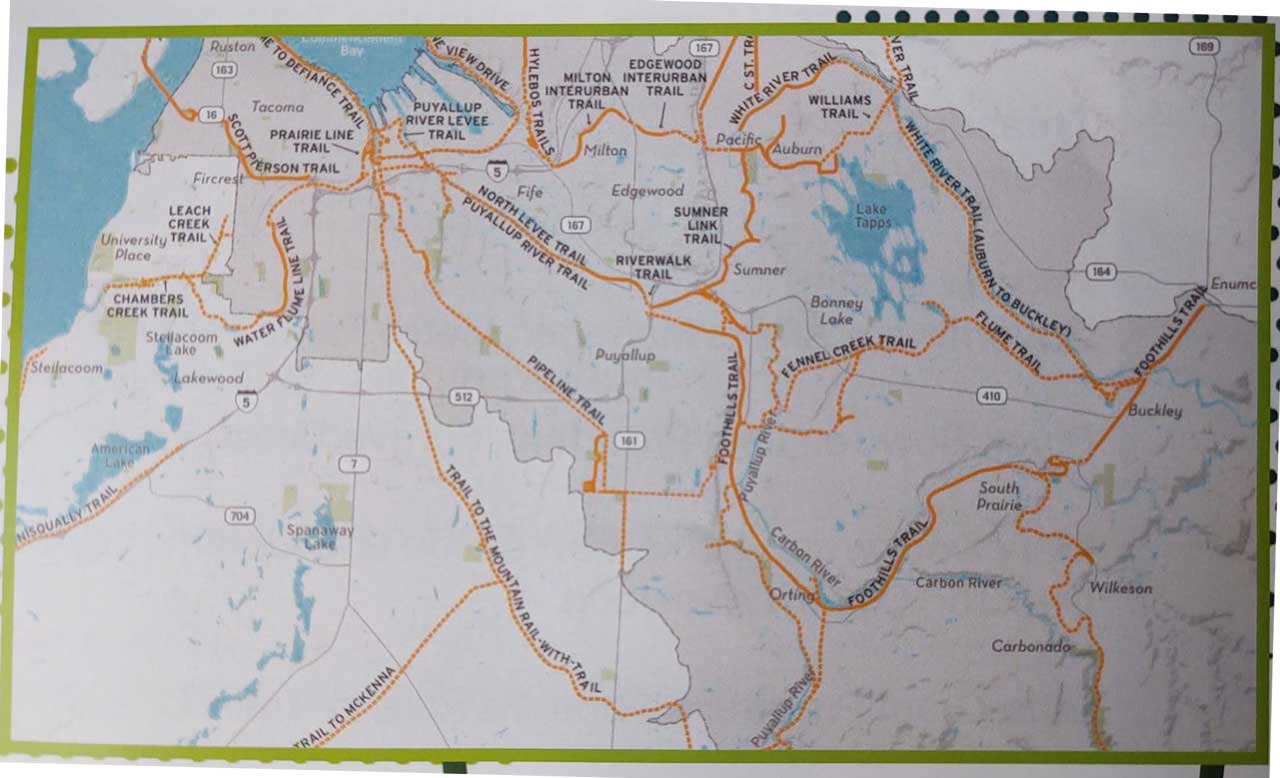 MESSAGE FROM THE PRESIDENT

The board extends season greetings to you all. This year has been a rather trying time for any groups of people, especially our bicycle club. While we are not officially hosting rides, there are some ride ideas listed on our site (as decide -to- ride). For the moment this will be how we are operating until COVID restrictions are lifted. Please stay healthy and watch for any updates on our Facebook page and our TWBC website.
TWBC is continuing to support our local cycling community, namely 2nd Cycle, Downtown on the Go, Foothills Rails to Trails Coalition, ForeverGreen Trails, and Bikes4Kids.

THE TIME IS NOW IN TACOMA - ADVENTURE CYCLIST 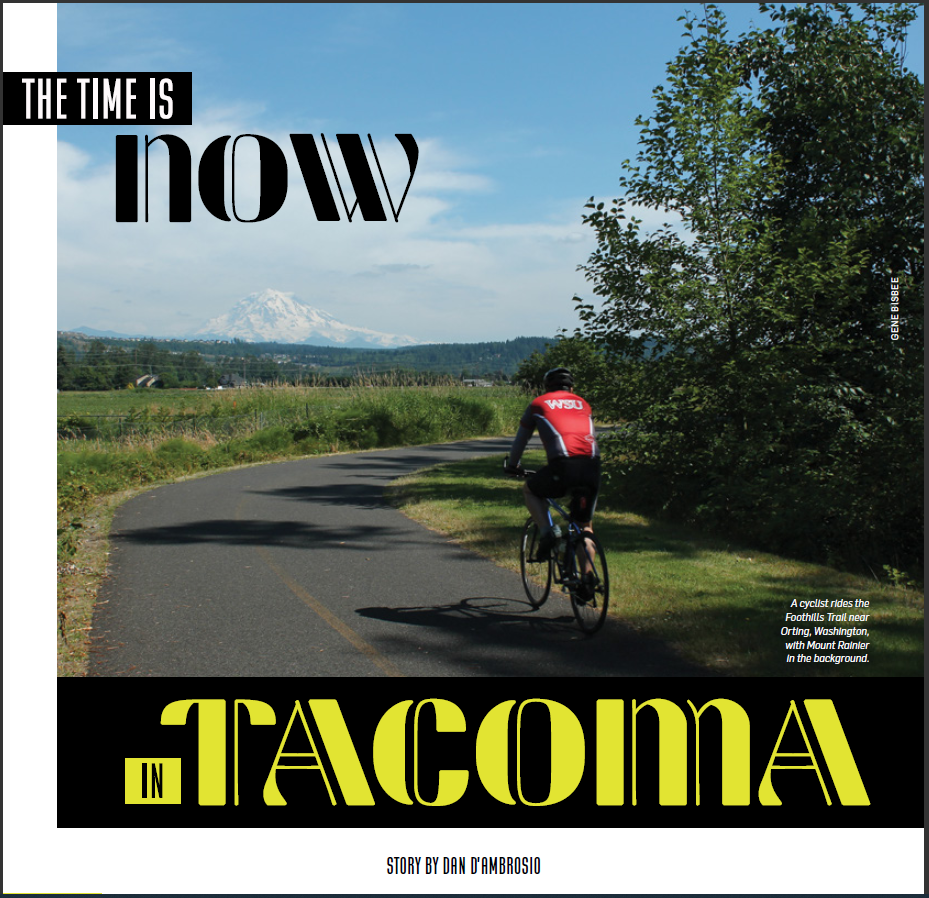 You don't have any active subscriptions

I WANT TO DONATE

Already Current or Past Member?

Follow TWBC
Tacoma Wa. Bicycle Club
PO Box 112078
Tacoma, WA 98411
Contact TWBC:
e-mail : This email address is being protected from spambots. You need JavaScript enabled to view it.
It's Time!
Time to get out and go cycling!
Back to top